You can come home this summer. I miss you, Elise. Call you soon. Why had she treated her mom so badly?


She had never been married. There had been no sign of him since Elise was born.

Still, her mama loved Jesus and she loved Elise. Loved her enough to work two jobs to pay the bills. The truth was, Elise felt treasured. The best thing that ever happened. Even now. After all the ways Elise had come against her. A sigh slipped through her lips. Everything Elise had, her mother had scraped and saved and worked to pay for. She had to be. All for Elise.

The two of them had never been apart. Because for all the good Elise could say about her mother, the woman was old-fashioned and out of touch. Elise moved the cardboard box to the shaggy carpet and flopped down on the bed. Dinner would be ready soon, but she still had a few minutes. A sigh slipped from her lungs and she looked around. The walls were closing in. A million tiny pink roses wallpapered over every inch.

Even worse were the heavy green velvet drapes that covered the only window. As if light were forbidden here.

A week ago, on her first day in this house, Elise had dragged a clothes hamper to the window to hold back one side of the curtains. She used the desk chair for the other side. When she saw what Elise had done, her aunt had given the setup a wary look. She felt the same way.

She was a senior.

She would be out of here soon. Elise relaxed into the bed. Elise barely knew them, and still they were nice enough to take her in. Never got in trouble. They were nothing like Elise.

She looked out the window. Streaks of pink and blue colored the sky. What about her? What was she doing here in Bloomington, Indiana? A million miles from Leesville? Wire glasses and the same gray suit every day.

Elise stared at the ceiling. Not really. Did her homework, stayed home Saturday night. Church on Sunday morning in the spot right next to her mama. But two things happened midway through her junior year. Things that had changed her forever. 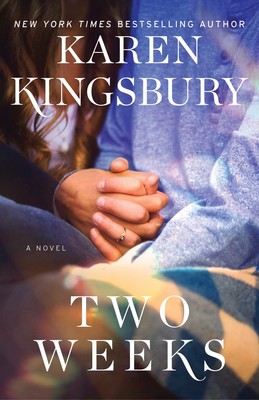 First, she became absolutely sure about what she wanted to do when she was older. The minute she graduated she would move to Manhattan and start classes at New York University. And she would study the only thing that stirred her soul. The one thing she wanted to spend her life doing. She was an artist, born that way.

She was most alive poised in front of an easel, brush in her hand. Bringing a scene to life, from her heart straight to the canvas. It was her existence. Her future.

Everything that mattered. And the night she figured that out, she had no choice but to tell her mother. Midway through a dinner of grilled cheese sandwiches and tomato soup, her heart missing beats, Elise had pierced the tired silence. This moment would be a time of celebration. Her mother narrowed her weary eyes. She was between shifts cleaning floors at the hospital and working as a operator for the local police department.

Her eyes looked nervous. You wanna be a doctor or a lawyer, baby? A schoolteacher? A quiet, defeated laugh came from her. She shook her head. I want to paint. Gonna enroll at NYU.

Bringing Up Baxter (Loveswept, No. ) by Peggy Webb

I can make a living at it one day. You can do anything you want. Be anything. You always told me that. When she turned and looked at Elise, her eyes filled with tears. You know that. Any college would be a stretch. But NYU? Then her expression gradually grew hard. Or a doctor. Some thing respectable.

Is that understood? No matter what her mother said, Elise would go to New York University.